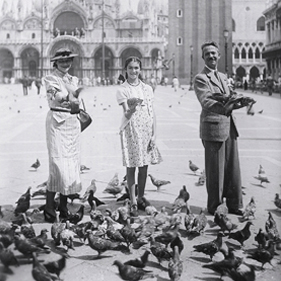 Regarded as the milestones of the early Republican era, the lives, careers, and works of outstanding architects of the period have been the subject of countless studies. However, due to the inadequacy of records, documents, and drawings, some other figures from the architectural milieu of the same period were not included in the literature of architecture and were thus left in relative obscurity. As an architect in this second category, the lack of recognition Semih Rüstem Temel receives is not simply due to the scarcity of his works, but due to the fact that researchers are able to access only limited sources/documents about him, as he immigrated to the U.S. and died at an early age.

Semih Rüstem Temel is an architect of the early Republican era, who lived between 1898 and 1946. After having received his training in architecture in Hungary, he spent the early 1930s as a freelance architect. While most of his work was concentrated in Adana, he was appointed as the Director of Ankara’s Town Planning in 1934, which altered the course of his career as a freelance architect, leading him towards the field of urban planning. Documents from various archives and the information received from the architect’s family served as source material for this study that aims to shed light to the long-forgotten life and works of Semih Rüstem Temel. While all this data allows us to construct the necessary background to make certain assessments on the sources of form in the buildings he designed, they also contain important clues regarding the architectural setting during the early Republican era.

Free of admissions, drop in. The talk will be in Turkish.