Imaginary World of A Paper Architect

İstanbul Research Institute’s Imaginary World of A Paper Architect exhibition celebrates architect Nazimî Yaver Yenal (1904-1987), a unique representative of 20th century Turkish architecture. Based on his exceptional archive that reflects his nearly fifty-year-long career, the exhibition brings light to a typical representative of the republic generation that epitomized idealist principles.

Having spent his adolescence in the final years of the Ottoman Empire, Yenal was trained at the Sanayi-i Nefise Mektebi (School of Fine Arts), particularly under the influence of his teacher Giulio Mongeri’s notion of eclecticism and graduated valedictorian from the school. Shaped by the consecutive competitions he won, his career evolved through the experience he gained in Paris and Berlin, where he was sent on a state scholarship, extended as part of the cultural policies of the early republic years. He thrived and matured during the years he spent as an instructor at the Academy of Fine Arts, as he grew close to a handful of avant-garde German architects that ended up together in Istanbul through extraordinary political conditions.

Described in his letters as being “much ahead” by Sedad Hakkı Eldem even in his student years, Yenal had talent beyond question and a career in architecture that set off quite successfully at first. Despite all that, virtually none of his designs were actually constructed. His unexecuted designs and the hopes he had created relate a powerful tale along with the disappointments and the reasons behind never being able to bring his creations to fruition.

Eventually falling out of the official architectural discourse and forgotten in time, Yenal created for himself an alternative realm of architectural production comprised solely of drawings. The massive archive he created of his drawings was first preserved at his private room at the Academy and later in his house following retirement. After his death, it was dispersed.

Nazimî Yaver’s depictive fantasies and drawings are in flawless command of both the repertoire of classical architecture and modernism; they correspond to imaginary designs entirely free of the factors associated with construction and derive their strength from this freedom. His unconstructed and unshared designs privatize architecture, a public domain of art. Shaped by imagination, the Yenal aesthetic is inevitably defined in connection with personal codes. In providing a real understanding of Yenal’s drawings, this subjectivity forces us to read not only into the designs, but their creator as well. With his avant-garde sketches remaining only on paper, Nazimî Yaver Yenal is perhaps the most important “paper architect” of Turkish architecture from the republic era. 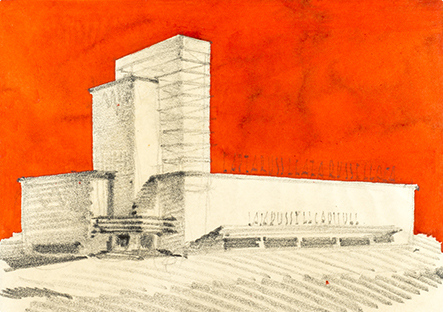 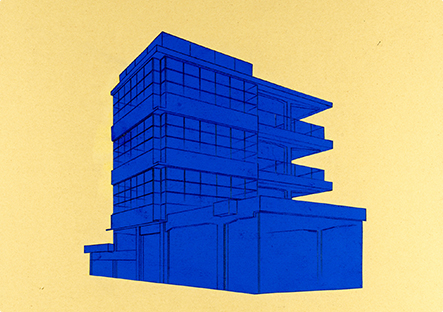 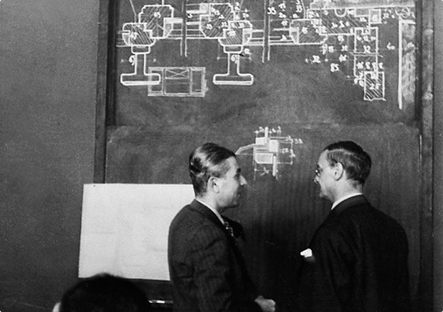 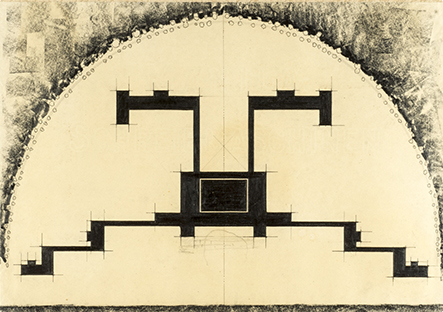 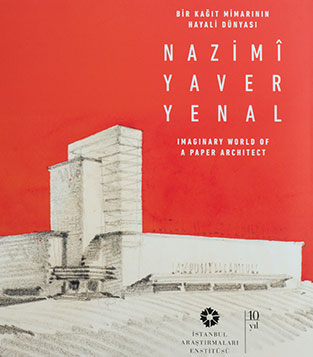