Until the middle of the 20th century the cityscape of İstanbul was dominated by wooden houses, which then vanished in a dramatic process. The German Archaeological Institute in İstanbul (DAI) has researched the wooden buildings of İstanbul in many investigations, reaching as far back as the 1960’s. The summary of these investigations gives an overall picture, which chronologically begins from the Amcazade Yalısı of the late 17th century to the house of the early 20th century on Büyükada. The whole variety of the old wooden houses is typologically presented, from the magnificent yalıs on the shores of the Bosporus to the wooden houses of the petty bourgeoisie in Zeyrek. The documentation of this important city quarter covers its total area and takes up its own section in this exhibition. Special attention is given to the construction techniques of the wooden houses, with the tools of craftsmanship and with a detailed construction model of the Amcazade Yalısı. The exhibition is supplemented with numerous historical photographs from archives of the German Archaeological Institute.

Amcazade Hüseyin Paşa Yalısı
Perhaps the oldest wooden house in İstanbul is the Amcazade Hüseyin Paşa Yalısı, which is thought to be from the 17th century. It is situated on the Asian shore of the Bosporus north of Anadolu Hisarı. It basically concerns only the reception hall (divanhane) of a large group of buildings, which otherwise have been lost. With its rich interior decoration the Amcazade Yalısı belongs to the most important examples of Ottoman architecture and art. In 2007 an exact building registration was possible for the first time, into which the construction was also incorporated. Even though it is in a very bad structural condition, the beauty of this fragile building is still a revelation.

Sadullah Paşa Yalısı
The Sadullah Paşa Yalısı in Çengelköy was built at the end of the 18thcentury. It is the harem of a much larger, lost group of buildings. With its magnificent space conceptions, it represents one of the most significant buildings of this important epoch of Ottoman architecture and art. The building survey of 2004 is directed especially onto the constructive aspects of the building, but also onto its rich structural decoration.

Halet Çambel Yalısı
The residential building of Prof. Halet Çambel in Arnavutköy was most probably erected in the first quarter of the 19th century. In 1978 it underwent a detailed building survey. Large parts of this simple and noble building, which was originally situated directly on the shores of the Bosporus, have been preserved until today, as well as its extensive terraced gardens.

Kıbrıslı Yalısı
The Kıbrıslı Yalısı in Küçüksu / Kandilli has already been investigated in 1962 by the DAI İstanbul. The extensive building is one of the largest documented layouts. It was constructed in the three-sofa-scheme (three large distribution areas), which became fashionable in the middle of the 19th century. Its present condition is the result of several phases of reconstruction, to which belong especially a large garden room and a limonluk (orangery) in the western aspect of the building. The modest classical façade towards the Bosphorus relates largely to the original appearance.

Mazlum Ağa Köşkü
The Mazlum Ağa Köşkü in Altunizade represents the type of pavillion-like-summerhouse surrounded by extensive gardens, which used to define the suburbs of İstanbul. The building was erected as a shooting lodge around 1860 and was documented in 1978. Today it is the headquarters of the İstanbul Tarihi Türk Müziği Topluluğu and is in a well-kept condition, but is totally bereft of its original interaction with the surrounding landscape.

Summer Residence of the German Embassy
The historical summer residence of the German Embassy in Tarabya consists of a group of wooden houses, which were built in the 1880’s in the location of an older villa on the shores of the Bosphorus. The extensive plot of parkland was presented in 1880 as a gift to the German Reich by Sultan Abdulhamid II.. Especially in the main building – the ambassador’s residence – there is a noticeable endeavour to get a rich facade effect through additional orientalised decorations.

Kayserili Ahmed Paşa Konağı
With the Kayserili Ahmed Paşa Konağı in the area of Süleymaniye we are confronted with an example of a large urban residence. Such konaks originally defined the urban scape of many districts of the old city of İstanbul, but have become a rarity today. The building was constructed in 1890 and was documented in 1978. At that time it was awaiting demolition, but today it is maintained in a restored condition with its remarkable rich interior.

Zeyrek
The old city quarter of Zeyrek around the Church of the Pantokrator Monastery (Zeyrek Camii) belongs to the few areas of the peninsula, which were kept in the original condition after the large-scale fires of the early 20th century and the city modernizations afterwards. Accordingly, large inter-connecting stocks of wooden houses were still preserved in the 1970’s. This was the occasion for a singularly large-scale documentation project, which was started by the director at the time of the department Wolfgang Müller-Wiener and mainly carried out by Johannes Cramer (TU Darmstadt). Also participating were the University of Karlsruhe und the University of İstanbul. In the years 1977-1978 approximately fifty wooden houses were recorded in their present condition, but in the end the whole quarter was mapped and documented. It became evident that only a very small amount of the buildings were erected before 1900, but the way of building and the structure of the quarter mirrored a much older tradition. Unfortunately, many of the buildings recorded in the years of 1977-1978 do not exist any more. 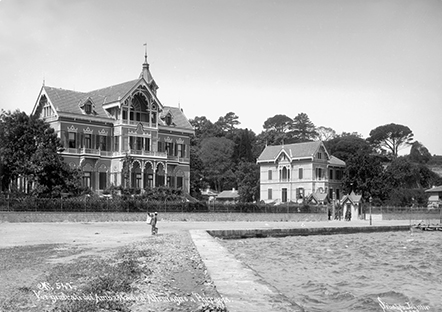 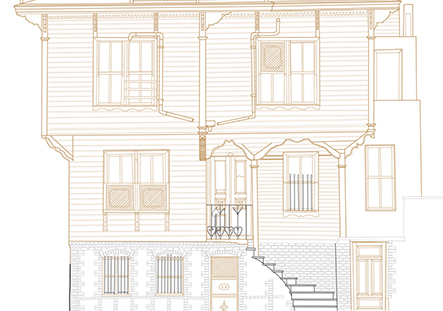 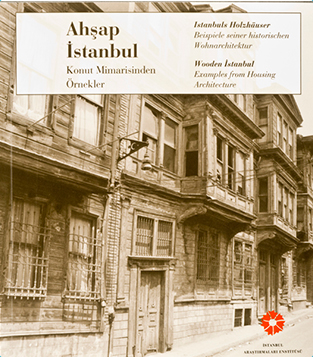