Istanbul is a city of careless, sensitive, callous, vulnerable, and drifting souls, who touch,
hurt, love, and hate each other […] The violence it is subjected to ever increases. And one
finds it more difficult to find a harmony in this chaos, to breathe alongside the rising
skyscrapers, and to be in peace with the city as historic and symbolic places are destroyed
or converted one by one…

The words of the co-editors of one of the two thematic dossiers (“Imagining the City”) in YILLIK 2’s Meclis ring even more true in late 2020, as it has become literally more difficult to breathe not only alongside the city’s skyscrapers but under our masks, and breathing in close proximity to each other remains a public as well as individual health risk. Only a few months after Çiğdem Kafescioğlu opened our inaugural volume by writing—and recounting from Mustafa Âli—“this city is a realm of rain; [of ] frustration, fear, and death; a realm of venom and blood in the days of the plague; a realm of grief and sorrow for the expelled and the poor in tears,” Istanbul found itself at the epicenter of the COVID-19 pandemic in Turkey. The number of people it has affected are unclear, but the stories of frustration, fear, poverty, death, grief, and sorrow abound. The pandemic has only deepened and crystallized the spatial and environmental inequalities embedded in the making of the present-day city.

Crystallized further is the coexistence of humans and nonhumans alike and the impact of nonhuman (f)actors on urban life. The unending encroachment upon wildlife by humans is the primary reason behind the rise of global pandemics, and the loss of urban green spaces in metropolises such as Istanbul is a major factor that worsens the impact. In a year when many of us—who can afford to—work from home, our dependence on the networks established through physical infrastructures of broadband, wireless, and satellite systems, to sustain our virtual proximities, has reached hitherto unseen levels. In Istanbul, living, working, loving, and dying are now assembled at the intersection of all of these networks—human and nonhuman, virus and wireless—as is the case with producing YILLIK’s 2020 volume, made possible by the work of authors, editors, copyeditors, designers, typesetters, assistants, and printers, all physically distant from one another.

It might be too early to provide full-blown analyses of the current pandemic’s impact on Istanbul, but YILLIK’s second volume does provide perspectives from the history of medicine with Fezanur Karaağaçlıoğlu’s and Akif Ercihan Yerlioğlu’s articles. The former is a study of the plague in nineteenth-century Galata-Pera, and the latter, “‘May Those Who Understand What I Wrote Remember This Humble One’: Paratextual Elements in Eighteenth-Century Ottoman Medical Manuscripts” is the winner of our Early Career Article Prize.

Further historical perspectives help YILLIK to record Istanbul’s present-day transformation, as in the case of Hasan Sercan Sağlam’s article on the Galata Tower, which was subjected to a contested takeover by the Ministry of Culture and Tourism and a controversial restoration in recent months. Serra Akboy-İlk offers a historiographical discussion in her article on early republican architectural discourse, while Gábor Fodor delves into the history of one of the first foreign research institutions established in Istanbul.

In Cabinet, Brigitte Pitarakis provides a close reading of Byzantine iconography on a nineteenth-century paper icon from the Suna and İnan Kıraç Foundation Collection portraying the Second Coming and Last Judgment.

In Meclis, the first thematic dossier, co-edited by Olcay Akyıldız and Zeynep Uysal, is an outcome of the Pera Museum’s 2014 symposium “Imagining the City,” with pieces by Selim Sırrı Kuru, Hatice Aynur, Handan İnci, and a photo essay by Murat Germen that offers a vivid display of Istanbul’s brutal transformation in recent years and the spatial inequalities this has fostered. The second thematic dossier in Meclis marks Hagia Sophia’s recent reconversion to a mosque, probably the most consequential event in 2020 concerning Istanbul’s historical heritage. Edited by Brigitte Pitarakis, with pieces by Pitarakis, Arietta Papaconstantinou, and Koray Durak, it deals with experiencing Hagia Sophia in the past, and the diverse encounters with it, for as Papaconstantinou puts it, “like the stones that composed its decoration, so its visitors came from all over the empire and beyond.” These are accompanied by Marios Philippides’ piece on the “dating” of one of the most important dates in the city’s history: May 29, 1453.

YILLIK’s 2020 volume also features an expansive range of both book and exhibition reviews on a variety of topics, from the reception and appropriation of Byzantium into modernism to Islamic art in North American museum collections. Lastly, the Istanbul Bibliography, compiled by our student assistants, once again brings together current research on Istanbul.

Now onto the next one, with hopes for a better year ahead as we continue to keep record of Istanbul’s past, present, and possible futures.

Akif Ercihan Yerlioğlu – “May Those Who Understand What I Wrote Remember This Humble One”: Paratextual Elements in Eighteenth-Century Ottoman Medical Manuscripts

Brigitte Pitarakis – The Naked Soul at the Scales: A Paper Icon in the Suna and İnan Kıraç Foundation Collection

Arietta Papaconstantinou – The Sound of a Thousand Tongues: Visitors to Constantinople from the Eastern Provinces in the Sixth Century

Marios Philippides – The Date of the Conquest of Constantinople: May 29, 1453?

Inspired by the East: How the Islamic World Influenced Western Art. Reviewed by Leyla Kayhan Elbirlik

Click here for the Call for Papers of the second issue.

A direct successor of İstanbul Araştırmaları Yıllığı / Annual of İstanbul Studies—the academic journal of Istanbul Research Institute published annually between 2012 and 2018—YILLIK is a peer-reviewed and open-access journal published simultaneously in print and online (via DergiPark).

Peer-reviewed articles of YILLIK: Annual of Istanbul Studies 1 (2019) cover a wide range of topics from the changing spatial and visual practices in the early modern Istanbul to the 10th Congress of Byzantine Studies held in Istanbul in 1955, dealt with a variety of novel approaches coming from different disciplines such as urban and architectural history, history of science, music, and historiography.

From this year onward, an article written by a student or a researcher who has defended their doctoral theses within the last five years will be awarded the Early Career Article Prize. We wholeheartedly congratulate Nilay Özlü, the winner of the inaugural prize, with her article “Silent Guardians of the Regime: The ‘Lost’ Police Stations of the Topkapı Palace.”

One of the new sections of the journal, the Cabinet is devoted to short essays by renowned experts on historical documents from the collections of the Suna and İnan Kıraç Foundation (SVIKV). In the first issue, Selim S. Kuru writes on Küsnâme of Tacîzâde Cafer Çelebi, found within the Baldırzâde Mecmuası of the SVIKV Manuscript Collection.

Another new section, Meclis, is designed to serve as a space where proceedings from the events organized by SVIKV can appear, and for critical interventions to current debates on Istanbul. In the first Meclis, we present the proceedings of “Istanbul and Music” Studies Program’s (İMAP) Inaugural Panel, held at the Pera Museum in November 2018.

The call for papers for this issue, which also announced our new format, declared that it would be the eighth issue. However, the name change necessitated a new ISSN, which required us to relaunch our journal with the issue no. 1. Perhaps it was only appropriate for a journal, after a complete transformation of its content, design, and advisory board, to begin afresh with a new title, and from the first issue.

To our old and new readers and potential authors, greetings!

Nilay Özlü – Silent Guardians of the Regime: The ‘Lost’ Police Stations of the Topkapı Palace

Walter Feldman – The Emergence of Ottoman Music and Local Modernity

Cem Behar – Inventors of Notation Systems in Seventeenth and Eighteenth-Century Istanbul: The Loneliness of the Long-Distance Runner 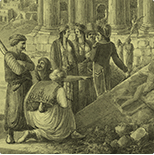 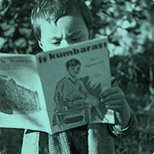 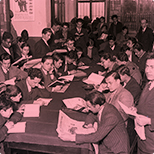 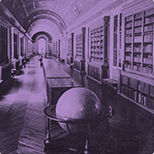