A Section of Meşrutiyet Street

For Istanbul, and especially Pera, the 19th century was a time of encounters. The city’s residents were doing their best to keep in step with the economic, social, and physical transformations taking place around them while “urban space” and “everyday life” were constantly reconstructing each other. In Istanbul, new customs that entered people’s everyday lives as a result of modernization produced new spaces, and these new habits took root as these new spaces became institutionalized.

Due to the impact of the advances in international transport networks, especially from the second half of the 19th century onward, foreign guests visited Istanbul more frequently and began to demand services pertaining to their own habits, transforming the area’s accommodation and entertainment standards and producing its own spatial counterpart. Pera was experiencing a multifaceted change – while the region was being rebuilt following the destruction caused by several fires, consumption habits were being reoriented by the increase in imports. For those who had the necessary means, shopping and gazing into store windows became a cheerful activity of everyday life, and shopping arcades and windows found themselves a place in the city’s social life. At the same time, however, they also formed the landscape for class inequality.

Along with the various forms of entertainment, recreation, and spectacle that defined modern times, new needs for leisure that emerged not only gave rise to theatres, opera houses, and promenades but also embodied different visions as well as materialistic and cultural clashes regarding the urban space. In 19th century Istanbul, Pera assumed its own unique character where local and international, large and small actors intermixed and where trends and struggles that determined the city’s course of transformation crystallized. This character, despite the dramatic changes in the region’s demographic composition in the following century, continued to be a determinant in Pera’s transformation. Pera continued to influence the forms of entertainment, recreation, and spectacle and in turn became influenced by them.

This exhibition turns its attention towards a certain section of Meşrutiyet Street (a segment between the present-day Istanbul Research Institute and Pera Museum of the Suna and İnan Kıraç Foundation) and seeks to capture an integrated view of Pera via references produced by this spatial interval.

The period subject to investigation is Pera’s legendary fin-de-siècle; however, the temporal borders of this section have been kept flexible in order to allow for a contemporary reading. Through this section, the exhibition presents a multi-layered identity of Pera to the viewer’s experience by employing spatial reconstructions and virtual reality technologies. 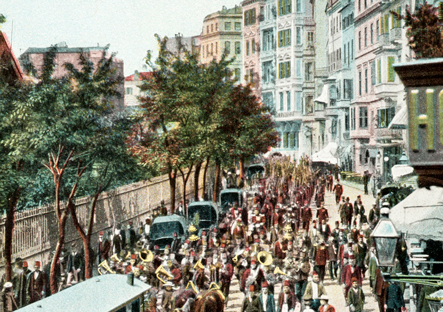 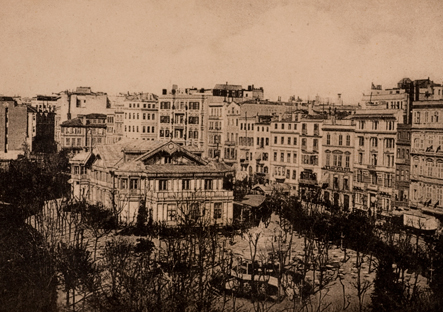 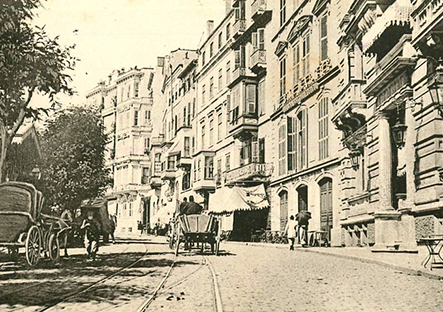 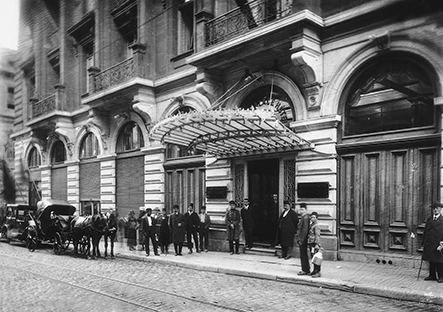