100 Years of Travelers in İstanbul from Pierre de Gigord Collection

The exhibition tells the tale of İstanbul-centered travels of curious Westerners, who ventured out to the East from the 18th century onwards to quench their thirst for knowledge and discovery in their respective areas of interest.

Based on the changing profile of travelers of the East in time, it is possible to build a broad spectrum of people extending from missionaries, scientists, and merchants to politicians, adventurers, and artists. A crowded group of professionals including geographers, archaeologists, linguists, architects, botanist, and men of the cloth, traveled across Eastern geography from late 18th until mid-19th century.

After the Crimean War, the expedition-oriented, research language maintained until the 1850s was replaced by a travel-group language that devoured the Eastern culture. By then, the object of travel was no longer the information-gathering and interpreting travelers that scientific institutions sent to the East, but a type of tourist that rapidly pillaged this mysterious geography over images their predecessors created.

Based on materials selected from the vast collection of Pierre de Gigord, one of the leading collectors of Ottoman-era photographs and ephemera in the world, “Journey to the Center of the East 1850-1950” sheds light upon early years of mass tourism that replaced individual journeys of discovery, and the transformation of travel culture. 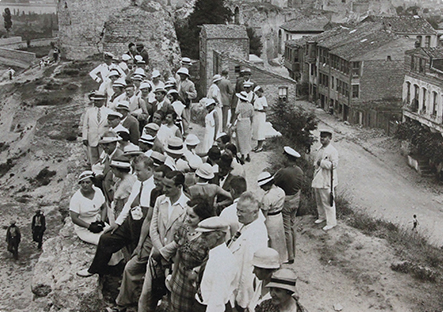 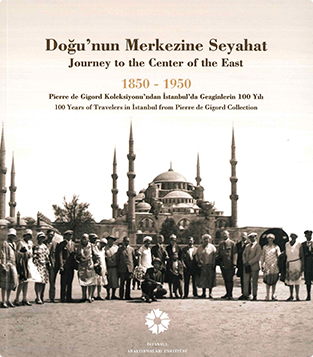