After the Ottoman Empire’s defeat in World War I, Istanbul was occupied by the victorious Allies. Through almost five years of British, French, and Italian military control, the future of the capital was anything but certain. Neither the armistice that had brought the Ottoman Empire out of the war nor the treaties that followed would guarantee sovereignty over a city which had as many claimants as it had communities. Who would remain and who would rule was the subject of rumor and speculation, exacerbated by the contradicting statements of Allied statesmen, successive Ottoman cabinets, and the Ankara government.

Istanbul was in flux, not only politically but also socially and culturally. Residents of the city witnessed and participated in mass demonstrations to protest against violence and occupation; strikes that paralyzed trams, ferries, and gasworks in the hope of better pay and conditions; dawn raids on officers and officials accused of wartime crimes or defiance of the Allies or sultan; the detention and search of café-goers for weapons and banned literature; brawls between Allied servicemen and civilians in bars and brothels; and assassinations, lynchings, and abductions by armed bands. Amidst the upheaval, people continued to strive to better others’ lives and their own. Schools, institutions, and community organizations were opened; concerts and exhibitions held with the contribution of diverse talents and patrons; new political, literary, and artistic ideas enlivened the pages of a flourishing press; and charities raised funds for the support of refugees, wounded veterans, orphans, and the city’s poor.

What defined such phenomena and made this period distinctive was the multiplicity and diversity of individuals and groups who converged in the occupied city. The already multicultural population of Istanbul was added to by servicemen, refugees, prisoners, and laborers from not only the occupying powers and their colonies, but from the Balkans, Anatolia, the Caucasus, Russia, and the wider Middle East, where ongoing conflicts made the Ottoman capital appear a relative safe-haven. From the maelstrom emerged new political and cultural ideas, social sensibilities and practices, as much rejected as they were adopted.

This multiplicity of authorities, interactions, and interests in occupied Istanbul also produced an unparalleled wealth of documentary and material evidence, which the departure of the occupying forces and many of the city’s residents and visitors has dispersed across the world. From among these, the exhibition brings together textual and visual materials ranging from official documents to contemporary press, paintings, films, music, and photographs. Many of these objects, selected from collections in Turkey, France, Britain, Greece, Armenia, Russia, and further afield, are on public display for the first time.

The centenary of the Allied withdrawal from Istanbul and arrival of Turkish troops, provides a timely moment to revisit the often-forgotten individuals, events and movements that defined a city that was, in all senses of the word, occupied.

Occupied City: Politics and Daily Life in Istanbul, 1918–1923 is curated by Daniel-Joseph MacArthur-Seal and Gizem Tongo, with contributions from an international team of advisors, and designed by PATTU. 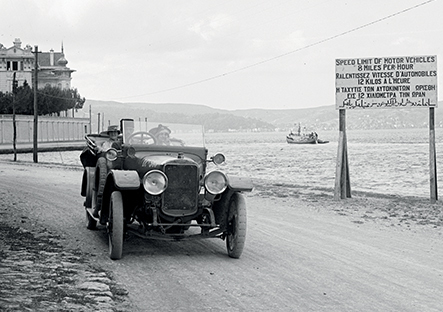 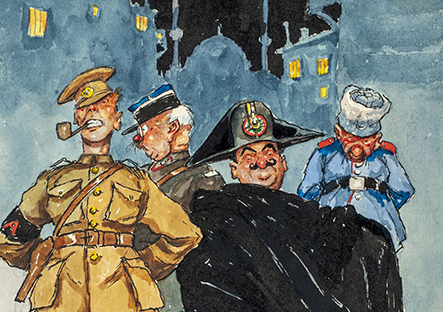 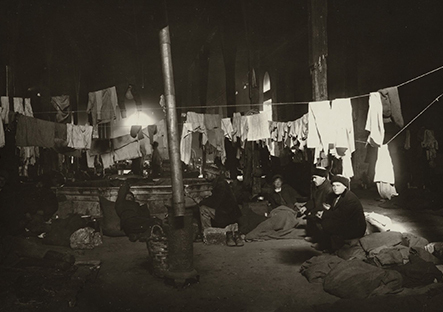 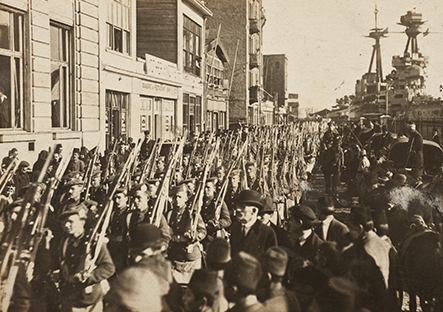