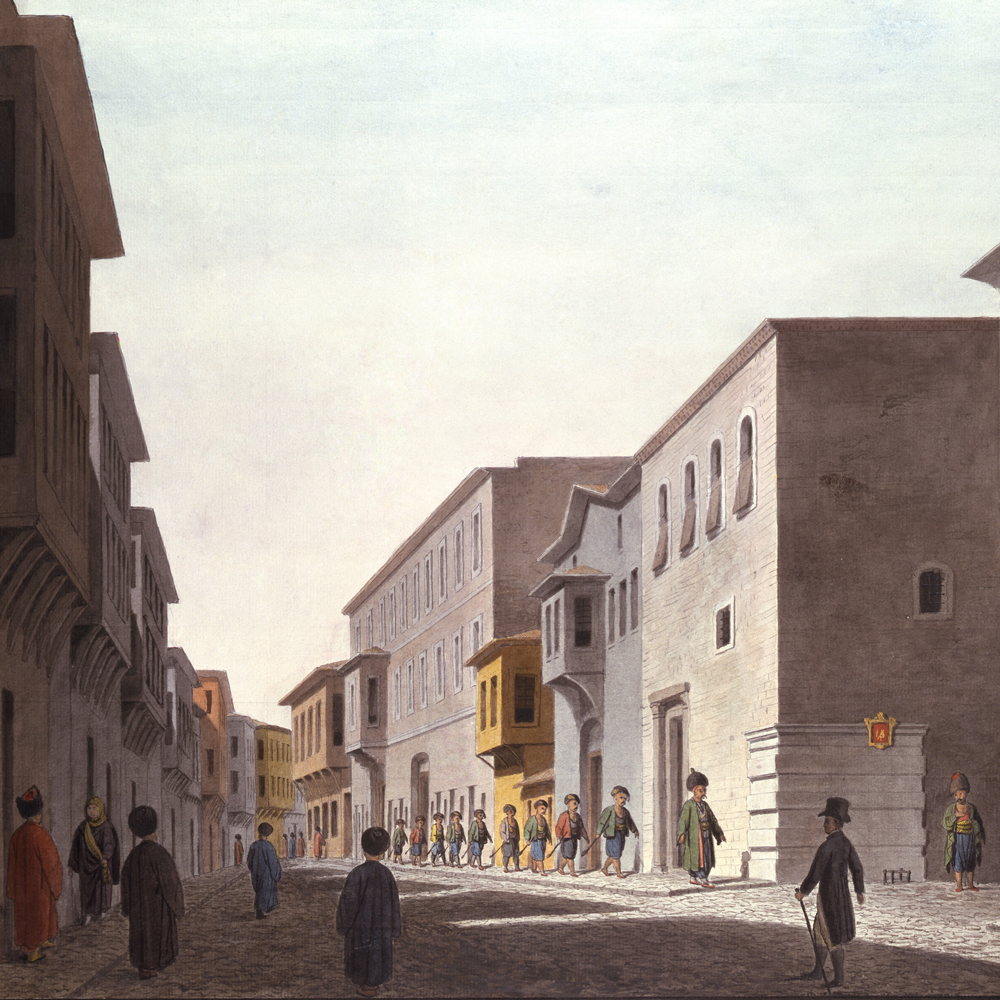 Changing Religious Landscapes: A Catholic Topography of Pera during the 18th and 19th Centuries
Paolo Girardelli

Latin architectural heritage and Catholic communities in Istanbul are clearly intertwined historical realities. During the late Byzantine period, the Genoese economic leadership rendered the landscape of Galata similar to that of many Italian medieval towns. After the Ottoman conquest, with a substantial decrease of the number of Catholics, the Latin landmarks entered a phase of marginalization, and struggle for survival.

On the other hand, Armenian conversions to Catholicism during the 17th and especially the 18th century, encouraged the formation of a new Catholic landscape along the Grande Rue de Pera. This new trend was to reach its peak with the backing of the European powers in the 19th century. In this talk, Paolo Girardelli addresses the dynamics of social and cultural change that, taking place especially in the 18th and 19th centuries, left a durable imprint on what is probably the most contested and diverse part of Istanbul.

Paolo Girardelli is an art and architectural historian working on encounters and contacts between Europe and the Eastern Mediterranean in the late Ottoman period. He is based in Istanbul since 1999, where he teaches in the Department of History of Boğaziçi (Bosphorus) University. He was a Fellow in the Aga Khan Program for Islamic Architecture at MIT in 2005-06, at INHA (Paris) in 2013, in ANAMED in 2015-16, and he is a member of the Italian chapter of ICOMOS (International Council on Monuments and Sites). He was co-editor, with Ezio Godoli, of the volume Italian Architects and Builders in the Ottoman Empire and Modern Turkey, and guest editor of a thematic issue of the journal Architecture Beyond Europe on the space of diplomacy, both published in 2017. His current book project is a spatial and architectural history of the so-called Eastern Question, observed from the point of view of the changing urban/architectural image of Pera