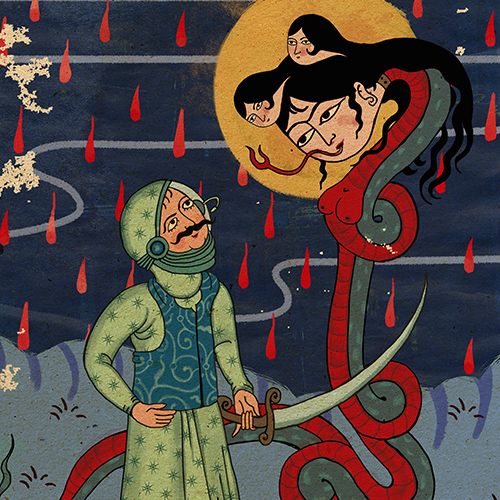 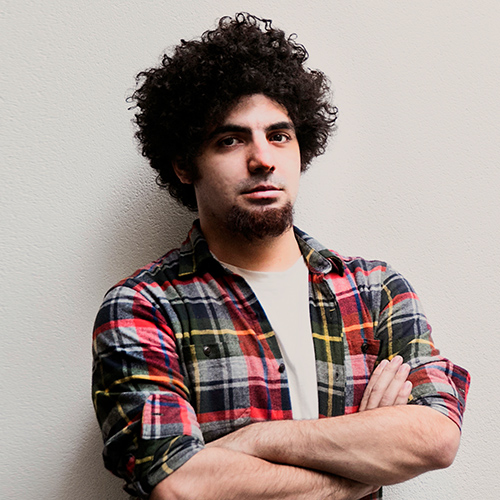 We are entering the visual world of Ottoman manuscripts with a guided tour! Themed after the Memories of Humankind: Stories from the Ottoman Manuscripts exhibition, the workshop is designed to produce figures based on Acaibu'l-Mahlukat, one of the exhibited manuscripts. From different figures, we will choose one and reproduce it, while addressing not only the production of miniatures but also the principles of collectivity in manuscripts.

About Murat Palta
After graduating from the Graphic Design Department at Dumlupınar University in 2012, he worked for several advertisement agencies in Istanbul. In 2013, he participated in a Miniature and Illumination Art workshop in Tlemcen, Algeria. He attended a number of international art festivals including Nour Festival of Arts (London) and Cinephiliac: Art Transcending Technology & Motion (Philedelphia). Palta’s first solo exhibition was in 2014, “Murat Palta: Cult Hollywood movies as Ottoman miniatures” (Bagnacavallo Municipal Museum, Bagnacavallo, Italy), followed by three shows at x-ist: “Depictions of White Screen” in 2015, “Gods, Monsters and Men” in 2018, and “All Work and No Play” in 2019.