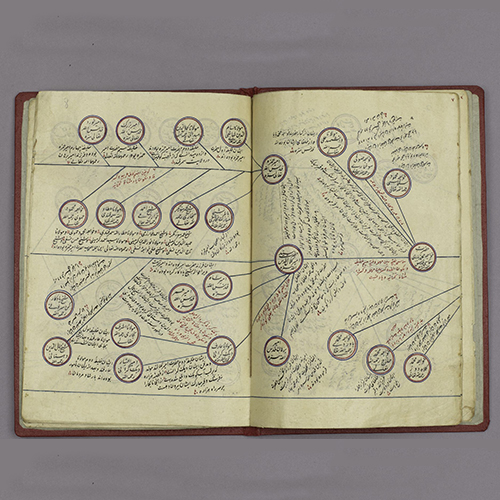 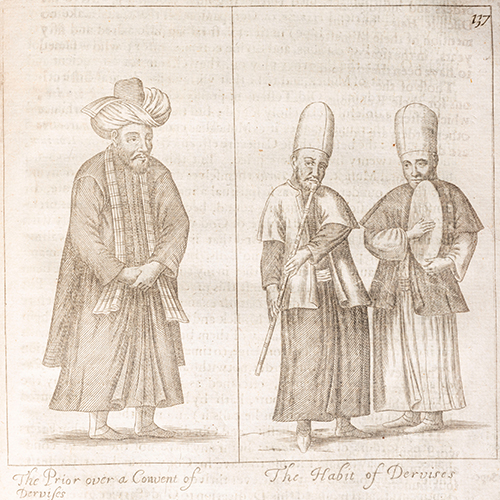 In Pursuit of the Unknown: Ottoman Sufi Culture and Manuscripts
M. Baha Tanman

In Ottoman times, Sufism and the Sufi orders, which represented the esoteric aspects of religion, influenced all aspects of social life, and even some daily activities such as sports (e.g. wrestling and archery lodges) and recreation (e.g. promenade lodges) came under the supervision of these religious orders. The relationship between the sultan and the clergy on the one hand and the religious orders on the other continued in a more or less balanced manner as long as no tendencies emerged that would disturb the status quo. At the end of the 19th century, there were more than three hundred lodges belonging to the most prominent Sufi orders of the city, from Mevlevi to Bektashi, from Bayrami to Shadhili. These lodges also produced countless manuscripts regarding various aspects of Sufism. These involved the fundamental values of Sufism; the procedures and prominent figures of the religious orders; the works along with translations, exegeses and pastiches by leading Sufis; dream interpretations, etc.

Based on the Sufi manuscripts in the Suna and İnan Kıraç Foundation Manuscript Collection, this talk will discuss the Sufi culture in Istanbul and how it was reflected in manuscripts.

M. Baha Tanman received his PhD from Istanbul University Faculty of Literature, Department of Turkish and Islamic Art, with his thesis titled "İstanbul Tekkelerinin Mimari ve Süsleme Özellikleri” (“Architectural and Decorative Features of Dervish Lodges in Istanbul”), under the supervision of Prof. Dr. Semavi Eyice. Tanman, who has published widely on architecture in the Ottoman and beyliks periods, regional styles in Ottoman architecture, and art of the Ottoman dervish lodges, teaches at Istanbul University Art History Department and Kadir Has University and serves as the Chair of the Scientific Committee of Istanbul Research Institute.

3. Paul Rycaut, The present state of the Ottoman Empire: containing the maxims of the Turkish politie, the most material points of the Mahometan religion, their sects and heresies, their convents and religious votaries, their military discipline (London: John Starkey and Henry Brome, 1670). Istanbul Research Institute Library.