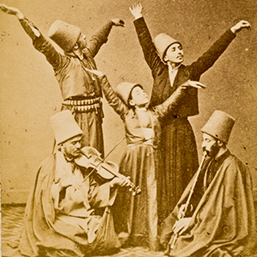 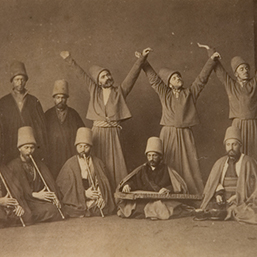 As being the first guest speaker of the series of talks organized by the “Istanbul and Music” Studies Program (IMSP), the new branch of İstanbul Research Institute, Refik Hakan Talu will speak on the musicians who either trained or spent some time in Mevlevi lodges of Istanbul.

In the period between the conquest of Constantinople in 1453 and November 30, 1925 when they were shut down, five Mevlevi lodges were gradually established in Istanbul, which were Galata, Yenikapı, Beşiktaş, Bahariye, Kasımpaşa ve Üsküdar lodges respectively. During their active period, they did not only function as a religious institution, but also as a center for literature, fine arts and music production.

In regard to the history of Ottoman music, we witness that composers such as Buhurizâde Mustafa Itrî, Nay-i Osman Dede, Hammamizâde İsmail Dede, Abdülbâki Nasır Dede, Zekâi Dede, Hüseyin Fahreddin Dede, Mehmed Celâleddin Dede, who played part in the formation of canonical repertoire  all trained and resided in Mevlevi lodges. Their contribution to the music was not limited to compositions, but also include theoretical studies on Turkish music. In addition, their pupils played a vital role in the transition of musical heritage.