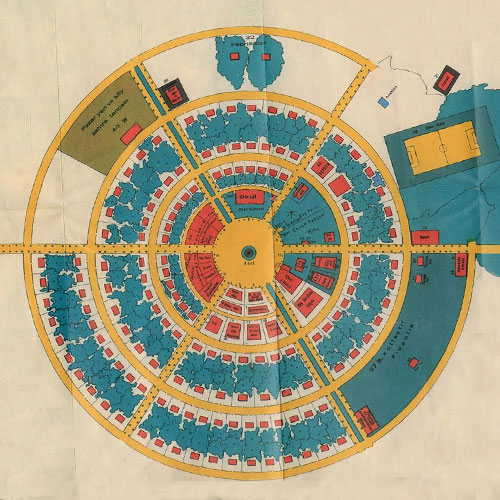 The Architecture of Atatürk’s Era, from the Perspective of Intellectual and Political Periphery
Prof. Uğur Tanyeli

This year marks the 80th anniversary of Mustafa Kemal Atatürk’s death. As a commemoration, İstanbul Research Institute presents its “Talks on Atatürk.” The third talk is “The Architecture of Atatürk’s Era, from the Perspective of Intellectual and Political Periphery” by Prof. Uğur Tanyeli

Just like everything else about Atatürk’s reign in Turkey, its architecture can also be discussed from two contradicting viewpoints. This debate is usually not recorded by historical studies; but is rather expressed via implications, and political and cultural choices. One side creates a tale of a paradise lost, which can be labelled as “Early Republican Nostalgia”; while the other side has another story of another paradise lost, albeit expressed in the harshest terms as “betrayal by Westernization”. The former envies the strength of Atatürk’s long-lost purposeful determination, enthusiasm, and willpower to develop and change. The latter discusses the loss of national and religious identities and the consequential complications. They mainly complain that the climax of westernization of the Atatürk period led to a society that could not define which culture or “civilization” it belonged to.

However, for observers who try to detach themselves from daily political concerns, both “paradises lost” are mere illusions. Beyond architecture, it can be argued that in all ages and all places, modernity merely means hybridization. Like the Ottomans who settled in the Early Modernity context as early as the 16th century; Atatürk’s era also displays these hybridization processes. At most, reference can be made to periodic changes in the approaches to hybridization of different cultural practices. In order to grasp the architecture of Atatürk’s era with a certain level of academic rigor, one first needs to treat Ottoman centuries with the same approach.

From such a perspective, the historian will be able to see that, much like the rest of Turkish history, the architecture of Atatürk’s era is a combination of ordinary and conflicting processes of change. Although the objective was to transcend history -by oblivion in some instances- the period’s architecture was in fact mainly characterized by a sense of continuity.