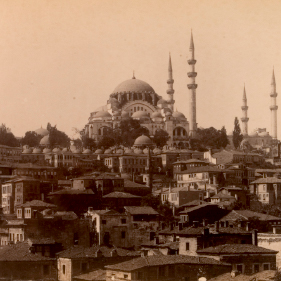 In academics, literature, and other fields, a considerably rich literature is available on Mimar Sinan today. The larger part of this literature is academic, most of which focuses on the works of the great architect, whereas others include texts that focus on his intellectual and individual qualities. Despite its size; however, the said literature is confined to the works of a limited group of enthusiasts or scholars. In the realm of academics, Mimar Sinan is sometimes identified historiographically as “an imaginary person,” whereas at other times as “a designer that extends from the local to the universal” or “a mathematical genius.” This begs the question of how Mimar Sinan is constructed outside of the academic world. The purpose of this study is; therefore, to explore how Mimar Sinan is fictionalized in literary texts that reach wider audiences compared to their academic counterparts. The study thus offers a comparative evaluation of three novels, namely “Işıkla Yazılsın Sonsuza Adım” by Mehmet Coral, “İki Cami Arasında Aşk” by Mürvet Sarıyıldız and “Ustam ve Ben” by Elif Şafak and focuses on the question on how Mimar Sinan is re-built in these three texts published in different years by three different authors and with three different constructs. The study also explores the personal life and personality traits of Mimar Sinan as well as his relations with other historic actors and the shaping of his career. The ways in which a historic actor is perceived outside the academic field is of critical importance in the context of historiographic constructs.