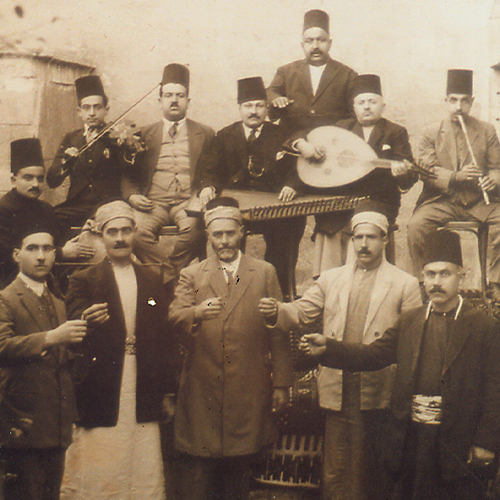 The Interaction Between The Musics of Aleppo and Istanbul
İbrahim Muslimani

In the richly-rooted music of Aleppo, one of the largest provinces of the Ottoman Empire, it is possible to notice both Turkish and Arabic influences intertwined. The reciprocal visits of Aleppoian and Istanbulite music lovers and students alike have made this interaction possible. Numerous lyrical and instrumental works in religious and secular forms that have been featured in Ottoman journals yet forgotten today are still being performed as part of the music of Aleppo.

One of the most unique genres of Aleppo music, muvaşşah, was influenced by Turkish and Arabic music. Aleppoian artists have used Eastern modes in broad terms. Many mode interpretations originating from those regions and brought by religious orders that have transfered to Aleppo, as well as songs and styles used in compositions have found their place in Aleoppoian muvaşşahs and religious music.

This talk, analysing the way Aleppo and Istanbul musics have influenced each other, will touch upon two important names. The first will be Neyzen Ali Derviş (1882-1952), a dervish from the Aleppo Mevlevi Lodge. He had taught the music of Istanbul he had learned from Rauf Yekta Bey at the Dârülelhan to his students and had taught them about the modes and styles of the Istanbul and Aleppo musical legacy in Aleppo where he was assigned as teacher, and in music institutions in Egypt, Iraq and Tunisia. The second name is famous Aleppoian composer Omar Batş (1885-1950). Batş was influenced by Ottoman music he had gotten acquainted with during his military service. The impact of the mode interpretation styles and principles (usuls) of the music of Istanbul on the music of Aleppo will be discussed and shown through the works of these two composers.

Created with the purpose of preserving and passing on this cultural heritage, Nawa Band brings to light works that have slid or are about to slide into oblivion. Furthermore, these works are instilled in children, youth and music afficionados via the Nefes Music School Project ongoing under the Nefes Culture and Arts Association, thus ensuring the preservation and continuation of this legacy.

Aleppoian percussionist Müslümani has been carrying out archiving and re-interpretation works for the forgotten musical legacy of Syria since 2006. His album “Ancient Sufi Invocations and Forgotten Songs from Aleppo” was prepared by the band Nawa Band he himself founded in 2009 and the album was released in 2014. He is the chairman of the board of directors of the Nefes Culture and Arts Association he established in 2016 in Gaziantep. Müslümani has graduated from Gaziantep University Cinema and Television Department in 2019.