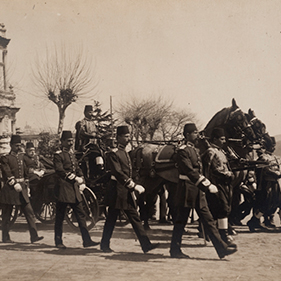 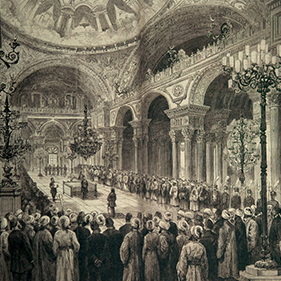 The Role of the Administrative System in Shaping the Ottoman Palace Spaces
Asst. Prof. Zafer Sağdıç

The nonextant palaces from earlier periods aside, the Ottoman Empire was mainly administered from three important palace structures. Chronologically, these palaces are Topkapı Palace, Dolmabahçe Palace and Yıldız Palace. It appears that the change in the ceremonial procedure of the Great Ottoman State and, by extension, the function of the bureaucratic transformation it underwent over time can be observed through the modifications made to the ceremonial spaces of the palaces. There is no doubt that this statement is also true in reverse. In his presentation, Ass. Prof. Zafer Sağdıç will explore the relationship between ceremony, space, and bureaucracy and focus on the impact the administrative system had on architecture.