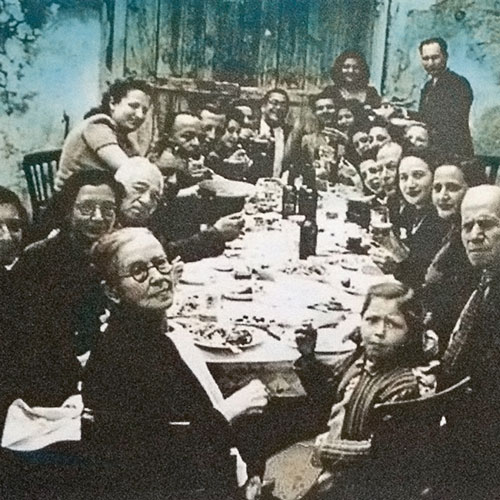 Romaniotes are an ethnic Jewish community who lived in the Roman Empire who were either exiled to or recruited as mercenaries in Anatolia after the destruction of the Second Temple in Jerusalem on 69 CE. As a result of this migration, Jews settled on both sides of the Golden Horn in Constantinople. Following the conquest of Constantinople, Mehmed II treated the Jewish community of the city well, and due to his appreciation of their skills in commerce and technical matters, aimed to grow the Jewish community in the city, as evident from the letter he sent to the Jewish communities in Anatolia, inviting them to Istanbul. Sephardim are a Jewish community who fled from the Spanish Inquisition in 1492. Most of the Sephardi Jews were welcomed in Ottoman lands. They had lost their wealth and possessions during their exile from Iberia, yet their knowledge and skills would not be taken from them, either by the Kings of Spain, or the pirates of the Mediterranean. Experienced in a wide range of fields including medicine, printing, firearm manufacture, weaving and dyeing, tanning and coppersmithing, and skilled in arts, crafts and trade, Sephardi Jews helped carry the Golden Age they lived in Spain alongside Muslims and Christians to their new home, the Ottoman Empire.

Renan Koen, a musician, researcher, and a graduate of Mimar Sinan Fine Arts University State Conservatory, while exploring the migration and resettlement of Romaniote and Sephardi Jews through their folk songs, puts the history and social implications revealed by these songs, into the context of the disruption brought by the Holocaust in the twentieth century.