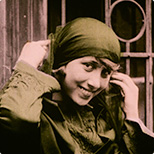 Any city that has ever been part of the Ottoman Empire, even if it had separated from the imperial territory decades before the discovery of cinematography, can be included if the images reflect its Ottoman heritage.

The film will be introduced by Elif Rongen-Kaynakçı.