A Window to the West

The Galata Sarayı, registered in Istanbul’s records from the end of the 15th century onwards as a palace school; is the city’s only non-religious institution that has survived unchanged until the present day. Beginning with its founding myth based on the meeting of Bayezid II and Gül Baba, the building complex bore the very same name, and in time lent it to the neighbourhood evolving around it as well. The Galata Sarayı complex, which is used to train qualified personnel to the Ottoman Palace and Army throughout its history, became a pioneering military school; offering elementary-grade, and medical education. It hosted innovative developments such as a French curriculum and Western standards in education after the mid-19th century.

The Mekteb-i Sultani (Lycée Impérial Ottoman da Galata Serai), took shape as a professional European middle-school; through the close relations between Abdulaziz and the French Emperor Napoleon III, in a series of efforts formulated by Ali Pasha and Fuad Pasha, two influential Ottoman statesmen of the time. One of the first secular institutions, offering equal rights of education to the diverse peoples of the Ottoman Empire, Galatasaray saw considerable interest after opening and formed a new tradition of education after its first class graduated in 1871.

In the last 150 years; as the Mekteb-i Sultani in the final Ottoman years and as the Galatasaray High School from 1923 onwards – despite varying successes - the school became a symbolic institution and an elite identity for its students and alumni alike.

Designed to share the inspiring memory of this public institution;the exhibit thus presents glimpses from the school’s efforts, since 1868, to train skilled, qualified individuals. 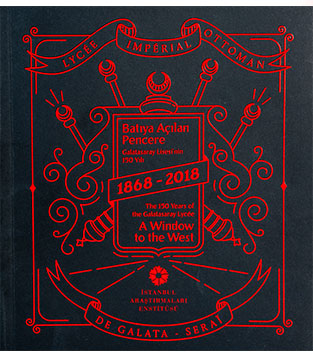