On the 86th anniversary of the Republic: Ankara: City of the Black Calpac, 1923-1938 was unveiled.  The exhibition told the story of Ankara, the capital that became the image of the Republic with the "Parliament" at its center and the exemplary lifeworld of the national idea; in doing so, it focused on Ankara's architecture, its social life and its modernized look that were shaped by and around Atatürk. Through photographs, documents and objects, the exhibition showcased Ankara, a city founded on the clashing symbols of the Ottoman Empire and the Republic, and its architectural elements ranging from the Ottoman residential fabric to the modern urban sprawl of the Early Republic; it recreated the exhilaration that accompanied the founding of the Republic and the daily life that was shaped around Atatürk himself. Ankara: the City of the Black Calpac, 1923-1938 narrated the story of the founding days of the Republic and the construction of Ankara, the new capital, as an exemplary city. 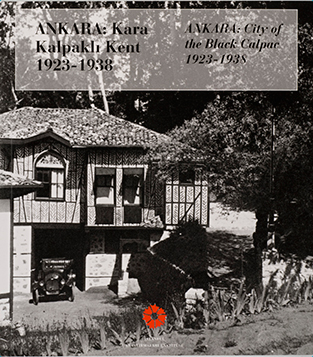