Spanning Mustafa Kemal Atatürk’s life from 1906 to his death in 1938, Atatürk in Photographs focuses on the military and political career of the great leader while also depicting his friends in arms and in cause such as Field Marshall Fevzi Çakmak, Ismet Inönü, Kazım Karabekir, Rauf Orbay, Cevat Abbas, and Kılıç Ali, leading intellectuals of the period such as Halide Edip and Claude Farrère, human portraits from Anatolian towns, and foreign statesmen on official visits.

Published trilingually in Turkish, English and French, the book brings together photographs by famous photographers of the period like Selahattin Giz, Jean Weinberg, and Ali Enis Oza, and bears witness to various events during the founding and the early years of the Republic. 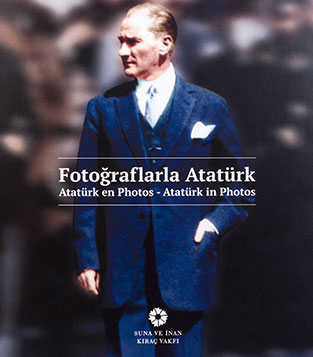