One of the leading urban planners of his time, Henri Prost was invited to İstanbul in 1936 to draw up the city's master plan. Prost's plans span from 1936 to 1951.  The exhibition was curated by Pierre Pinon, known for his work on İstanbul's urban fabric and architecture, and Cânâ Bilsel, whose work focuses on the history of urban planning, urban design and urban architecture.  Prost was an extremely important figure in the history of urban planning of the 20th century, working on İstanbul’s planning, he attempted to preserve the unique topography, the fabric and the historical monuments of the city, while at the same time he tried to find consistent solutions to a variety of problems like constructing a modern infrastructure, providing sanitary conditions, easing transportation, refurbishing recreational areas and uncovering historically - culturally important buildings. It is impossible to deny that in the fifty years that have passed, Prost remains the leading architect-urban planner in shaping the İstanbul of the 20th century and has left his mark on today's İstanbul, despite the fact that various approaches in the modern planning of a historical metropolis like İstanbul have come to the fore. 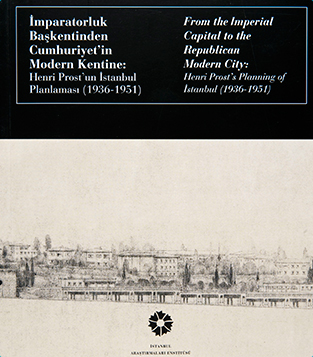