İstanbul in the Panoramas of Melling and Dunn

Long Stories: İstanbul in the Panoramas of Melling and Dunn, opened a visual window to the city of emperors and sultans, a micro-level study of history that focused on the historical topography of the city. The exhibition was curated by Ekrem Işın with M. Baha Tanman acting as project consultant. Panoramas constitute the visual narratives of a city. Emperors and sultans cast their shadows in the images stretching before our eyes; the symbols of power piercing the sky are surrounded by the cultural texture of daily life, as well as the city's architectural composition and nature. The raison d'être of a panorama is to bear witness to the urban image that appears as a protagonist on the stage of history, set against the civilizational décor that the eye perceives at first sight. Long Stories: İstanbul in the Panoramas of Melling and Dunn was not only a visual feast, but also a historical survey, which compelled viewers to reconsider the identity of a city that left its mark on the art of panoramic engraving. 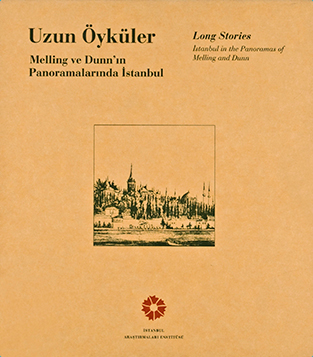