The former church of the monastery of Christ of the Chora, better known today as the Kariye Camisi or Kariye Museum, is one of the most impressive Byzantine monuments to survive in the modern city of İstanbul. Founded probably as early as the sixth century, rebuilt by members of the imperial family in the late eleventh and early twelfth centuries, and splendidly restored by the Byzantine humanist, poet, and prime minister Theodore Metochites between 1316 and 1321, the church of the Chora Monastery is today considered one of the most outstanding examples of Late Byzantine art and architecture to survive. While the building itself was already known as the ‘Mosaic Mosque' during the nineteenth century, the fame of the church's rich and complex interior decoration rests by and large on an extensive restoration campaign initiated by the American scholar and philanthropist Thomas Whittemore, founder and director of the Byzantine Institute of America from 1930 to his death in 1950. 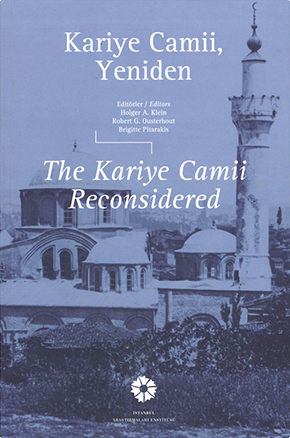