The photographs collected by our founders through the years, which they have donated to Suna and İnan Kıraç Foundation, constituted the kernel of the Foundation’s Photography Collection. Since the day the İstanbul Research Institute was opened in 2007, this collection grew with acquisitions and other donations, reaching approximately 130,000 photographs, with İstanbul as their main focus and covering a period from the 1850s to the 1960s.

Years of classification and identification have finally brought us to the point of being able to create new projects. As a result, we have planned the Suna and Inan Kıraç Photography Collection Series, which will consist of thematically structured groups of photographs.

This album-book is the first publication in this series, discussing the architectural journey of Şişli Mosque, the first monumental religious building of Republican İstanbul. One of the reasons we have chosen Şişli Mosque is that this is the first mosque in the city’s history that was built not under the aegis of the sultan or statesmen but through the collective effort of the people. Another reason is that Şişli Mosque, unlike the architectural thought and production of the 1940s, which was shaped throughout the country by winds of modernism, reflected the classical Ottoman style and has been accepted as a stylistic example, providing a prototype for neo-Ottoman mosques built in its wake. In addition, the photographs of the mosque we publish here have almost exclusively been taken by Foto Sabah, one of the leading studios of the period, which indicates that the process of the mosque’s construction between 1947 and 1949 was deliberately documented at regular intervals. In those years when documentation and preservation was not habitual and architectural work was seldom archived, such an effort is noteworthy. We hope that this title and the album-books we will publish will help researchers in analyzing İstanbul’s historical identity. 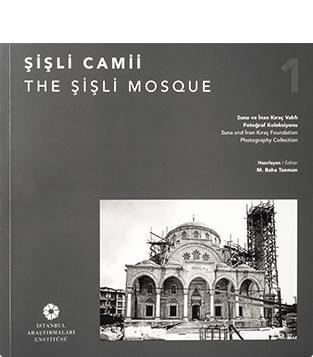