Between Imagination and Reality: The Imagery of Istanbul in Ottoman Painting, 18th and 19th Centuries
Tarkan Okçuoğlu

Aside from being one of the principal images of the Ottoman culture, Istanbul as an object of desire acts as an intermediary to conceive a visual language where imagination and reality, impression and fiction interweave. Focusing on murals, an important pillar of the art of painting during Ottoman modernization, Tarkan Okçuoğlu’s book explores the stylistic elements, discourses and formal variations with which Istanbul was depicted.

The image of Istanbul, which can be traced not only in Istanbul but over a vast territory including Anatolia, Balkans and the Middle East, replaces “portrait”; in a sense in a geography where figurative art is banned. These “city portraits”; symbolize and embody the political power of Ottomans as well. In Tarkan Okçuoğlu’s study, visualization of the contexts in which paintings made with no reliance on iconographic scheme are exemplified. Meanwhile, the book also analyzes the change in the language of expression depending on the intellectual and cultural atmosphere. Covering a wide period from the end of traditional miniature art to the era when fine arts disciplines were institutionalized, the work stands out as a fundamental source that discusses the evolving dynamics of the art of painting.

Click here for the Copyright Page, Table of Contents, and the Detailed Abstract. 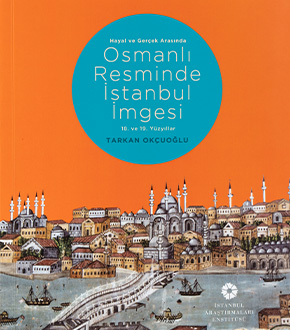