Ancient İstanbul, Ancient Literary Sources from Byzas to Constantine is a study that brings together the historic period extending from 700s BC to 4th century AD during which the neighboring city-states of Antiquity that constitute the core of İstanbul, namely Byzantion (Historic Peninsula) and Kalkhedon (Kadıköy), were founded. The study allows us to read, through the texts of ancient histories, how Byzantion gradually evolved from being one of the control centers of trade across the Black Sea and the Aegean into Constantinople, the capital of the Byzantine Empire.

Historians such as Herodotus, Thucydides and Xenophon from the Classical era, Diodorus Siculus, Strabo, Plutarch, Cassius Dio, Herodian from the Roman period, and Libanius, Themistius, Eunapius, and Eutropius from late Antiquity provide us with many clues concerning daily life in the city, as well as İstanbul’s founding, topography, political and military history, architectural elements, commercial activities, neighbors, and relationships with the Hellenistic and Roman worlds. 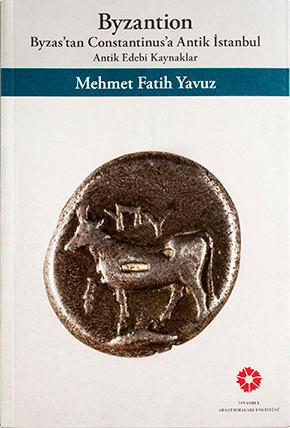