Sieges of İstanbul from Byzantion to Constantinople

Although it does not discuss each siege that the city has encountered throughout its history of nearly two millennia, Byzantion’dan Constantinopolis’e İstanbul Kuşatmaları presents a full view -panopticon- of the ones that sources bring to the forefront. It is a collection of works selected from current literature that takes into consideration the diversity of ancient sources, epigraphical documents, and numismatic finds which have gained more prominence in Ancient and Medieval studies.

The book contains research essays written in Turkish and English which not only focus on the forces that have besieged İstanbul (ever since its foundation, the city has been sieged first by its closest neighbors, the Thracians, and later the Hellenes, the Macedonians, Hellenistic kingdoms, the Romans, the Avars, the Sassanids, the Arabs, the Bulgars, the Rus, the Crusaders, and the Ottomans), but also draw attention to political rivalries, sieges triggered by conflicts that resulted in civil wars, and the capital’s defense elements. 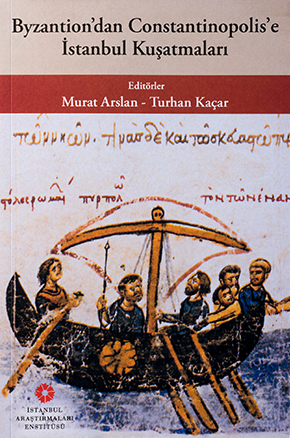